branches in over 100 countries around the world

Apply for a master’s degree

The Ian Donald School of Medical Ultrasound was founded by Professor Ian Donald in 1982 and has branches in over 100 countries around the world. In 2016, a branch was opened in Tuzla, Bosnia and Herzegovina, as well. The first Ian Donald course was held in Dubrovnik in 1982, organized by prof. dr. Asim Kurjak.

The school was named after a Scottish doctor and pioneer of ultrasound in obstetrics and was established to provide access to the latest advances and information on ultrasound in medicine available today. It is merged with the Interuniversity Center for Postgraduate Studies (IUC).

The Ian Donald School meets the needs of clinicians with different interests in ultrasound diagnostics who are seeking additional knowledge and practice. The school aims to promote the science and skills of ultrasound examination, research, education, and continuous training in the field of ultrasonography.

For 30 years, the largest school of Ultrasound in Gynecology and Obstetrics within the Ian Donald School has brought together students from 112 countries and has become a veritable nursery for most talented individuals.

The already established postgraduate course equipped with leading educators is operating in Tuzla since 2016. It is a rare opportunity to transfer new knowledge from leading, well-known and recognized domestic and world experts in this dynamic field.

It is possible to apply for a postgraduate course in three areas: 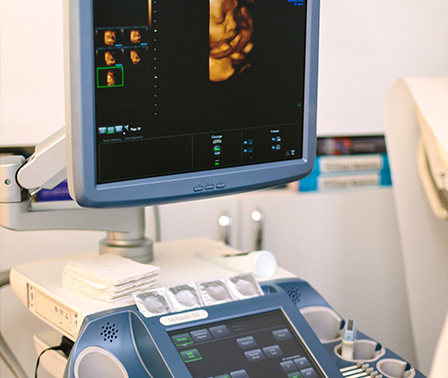 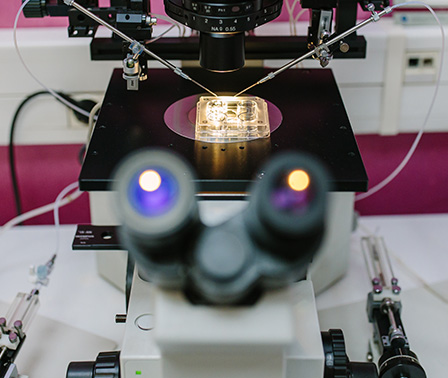 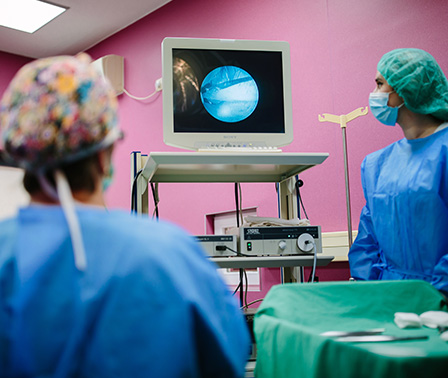 Those with a diploma of completed education, residents or specialists of OB/GYN, license

To gain the basic knowledge of ultrasound assessment in the field of obstetrics and gynecology.

1. Knowing how to use and adjust and being oriented with images produced by transabdominal and transvaginal US.
2. Identifying and differentiating between normal and abnormal gynecological US examination.
3. Identifying different pathology on pelvic US.
4. Performing complete US examination in all trimesters of pregnancy.
5. Learning how to write a comprehensive obstetric US report in the 1st, 2nd and 3rd trimesters of pregnancy.
6. Performing a 1st trimester ultrasound scan.
7. Performing a complete fetal anatomy scan in 2nd trimester of pregnancy.
8. Recognizing fetal dysmorphology and knowing the significance of their presence.
9. Assessing fetal well being.
10. Knowing how and when to use color Doppler in Ob Gyn Ultrasound.
11. Witnessing and getting acquainted by the invasive procedures in fetal medicine.
12. Witnessing and being acquainted for the 3D/4D US application in Obstetrics and Gynecology

A comprehensive end of module exam will be given at the end of each module. After completion of each module, the fellow should present or send via e-mail the certificate proving attendance, which qualifies him/her to take the summative (final) exam.

University diploma of completed medical school education valid license for clinical work, specialists of OB/GYN or residents at the second or higher year of specialist training.

a. Experience in the management of a wide variety of clinical problems affecting the development, the function and the aging of the human reproductive system. This experience should include disorders related to both men and women;

b. Adequate clinical knowledge and basic clinical skills in treatment of infertility and reproductive disorders (including management of ovulation defects and techniques of assisted reproduction, which must include an adequate number and success rate), contraception, aging, diagnostic imaging and the surgical management of acquired and developmental abnormalities of the reproductive tract;

c. Knowledge of the techniques and limitations of various diagnostic, surgical, and laboratory procedures utilized in clinical reproductive endocrinology and infertility; and

d. A research experience centered into a specific area of investigation that will provide a thesis for the fellow and also stimulate future independent study.

At the completion of a fellowship program in human reproduction, reproductive endocrinology and infertility, the physician will be able to manage complex endocrine problems related to function of the reproductive system and to select and conduct appropriate therapies for the infertile couple. The fellow must understand endocrine assay methodology and principles of molecular biology and be skilled in laboratory techniques, clinical research design and statistical analysis. The fellow is expected to be proficient in the clinical diagnosis, utilization of most recent imaging techniques and in the surgical management of structural problems related to fertility and developmental abnormalities of the reproductive tract, as well as contemporary techniques involved in assisted reproductive technology.

Those with a diploma of completed education, residents or specialists of OB/GYN, pediatrics, license

Postgraduate Fellowship program on Perinatal medicine is designed to broaden the knowledge and skills for obstetricians and pediatricians involved in delivery of perinatal health care. Besides the objectives to foster acquisition, integration and implementation of new knowledge and the newest technologies into all levels of perinatal health care, this program offers to participants the insight into many interdisciplinary problems in perinatal medicine like ethics, organization, statistics, molecular genetics and genomics, research, and applied technology.

• Understand the concept of perinatal medicine and regionalization of perinatal care with levels of care. They should understand the meaning of follow – up of the outcome based on perinatal statistics, with basic and advanced knowledge of definitions and indicators of the audit in perinatal medicine from obstetrical and neonatal point of view
• Broaden the knowledge and consciousness of important ethical and legal issues in perinatal medicine in the decision making process while caring for pregnant women and neonates at the limits of viability, those with severe congenital malformations and other life threatening disorders. They should also understand the role of ethics committee and patient counseling
• Become aware of the stepwise analysis during prenatal and postnatal decision making process when making the diagnosis and differential. They will be given means to understand the most important diseases pre- and postnatally, to diagnose, to prevent and to treat them
• Be able to understand the concept and to recognize five great obstetrical syndromes (pre-eclampsia, premature labor, placental abruption, premature rupture of membranes and fetal growth retardation) and will be given state of the art and the most recent information on all of them
• Be aware that most diseases must be identified early enough to allow intervention and prevention not only of the clinical manifestation of disease but also of the long-term handicaps it may cause.
• Be informed about diagnostic value of transabdominal and transvaginal ultrasound in perinatal medicine. Be able to perform independently complete ultrasound examination in all trimesters of pregnancy. Be skilled in 1st trimester ultrasound scan and complete fetal anatomy scan in the 2nd and the 3rd trimester of pregnancy
• Recognize fetal dysmorphology by ultrasound and know the significance of presence of congenital malformations
• Assess fetal well being and know how and when to use color Doppler in obstetrics
• Witness and become acquainted with invasive procedures in fetal medicine
• Witness and become acquainted with 3D/4D ultrasound application in obstetrics
• Be informed and understand the meaning of intrauterine growth restriction from obstetrical and neonatological point of view, with special emphasis on prenatal origin of adult disease (Barker hypothesis)
• Understand the causes of preterm delivery with consequences for the mother, baby and the society
• Understand why multiple pregnancies are high risk pregnancies and how to manage them prenatally, intrapartum and postnatally
• Be informed about the management of labor and delivery with the concept of natural versus programmed labor, with special emphasis on normal and abnormal process of labor and delivery, intrapartum-follow up of fetal well being, and the criteria of fetal distress and hypoxia during delivery
• Be acquainted with the most common maternal diseases during preconception, pregnancy, delivery and puerperium such as: diabetes mellitus, thyroid disease in pregnancy, preexisting- and pregnancy induced hypertension with special forms like HELLP syndrome, uterine structural anomalies and their impact on pregnancy outcome, thrombophilia, collagen disorders and many more.
• Be- as obstetricians- educated in neonatology about basic neonatal problems.
• Be-as pediatricians- competent in neonatology at subspeciality level.
• Be- as neonatologists- capable of providing best care for newborn infants in primary, secondary, and tertiary care, including intensive care of highest standard for critically sick neonates and very low birth weight infants using advanced therapeutic and supportive modalities and skills. Effectively plan therapeutic, rehabilitative, preventive and promotive measures or strategies
• Make rationale decision in the face of ethical dilemmas in perinatal and neonatal diseases
• Demonstrate empathy and humane approach towards patients and their families and exhibit interpersonal behavior in accordance with social norms and expectations
• Exhibit excellent communication skills in dealing with parents and practice compassionate attitude in the field of neonatology
• Implement a comprehensive follow up- and early intervention program for the “at risk” newborn infants, and plan, counsel and advice rehabilitation of the neurodevelopmentally and physically challenged infants.

A comprehensive end of module exam will be given at the end of each module. After completion of each module, the fellow should present or send via e-mail the certificate proving attendance, which qualifies him/her to take the summative (final) exam. Final exam includes test and theoretical oral exam in front of the committee of 3 examiners.